One of Paris’s most beautiful churches, the Val-de-Grâce also stands as a testament to one of France’s greatest and most recognized miracles: the birth of a King to a 37-year-old woman…after several miscarriages…in 1638.

Youth is a fruit that spoils just as one gets a taste for it, and few were as keenly aware of this as Ana María Mauricia, whose youth would spoil when she became Anne of Austria.

Engaged at just eleven years old to Louis XIII (himself only three years her senior and already the King of France), she was married at fourteen in a ceremony that she did not attend, as she and her husband were wed by proxy. The pair would not consummate their union until four years later.

A Spanish teenager with Austrian roots growing up in a land that was not her own, surrounded by people she did not know and a language she could not speak, Anne’s royal life became more and more one of solitary confinement. Her husband’s advisor, Charles d’Albert, duc de Luynes, banished the circle of close friends she’d brought with her from Spain and had them replaced with French strangers. Trapped in a marriage to a man who was no more than an acquaintance, Anne lost her innocence and found, no doubt, little in adulthood that made her feel the sacrifices were worthwhile.

Yet her situation worsened. Queen consorts do not have many obligations but they are charged with one duty no one else can do for them. They are responsible for providing the King a son, the realm a prince and the throne an heir. After twenty-two years of marriage and four miscarriages, Anne had failed so far in this labor. At thirty-five years old, hope was all but lost because, while in modern times this age may be considered delicate for child bearing, in 1637 it was believed impossible.

At the same time that Anne shared her sorrows with Marguerite de Veny d’Arbouse, her confidante and prioress, a nondescript monk was confiding to his confessor a vision that haunted him. In Frère Fiacre’s dream, the Virgin appeared to him and promised that if the Queen would pay homage to her in three separate French churches, God would grant her couple a son and France their Dauphin.

The humble monk’s confessor was no doubt worried that the Royal Court would, at best, disbelieve him and, at worst, punish him for such fanciful ideas.

“What proof do you have to support these claims?” he asked the monk.

Frère Fiacre replied as the Virgin Mary herself had instructed him: by describing a painting on the walls of Notre-Dame de Grâces in minute detail and then the church itself, almost down to the individual stone.

“And in what way, pray tell, does this constitute proof, Brother?”

“Because, Brother, Notre-Dame de Grâces is in Provence—over three hundred leagues from Paris—and I have not set foot in it in my life.”

Louis-Dieudonné de France was born less than a year after the Queen Anne of Austria followed the Virgin’s instructions. The child, Louis XIV, would become the longest reigning monarch in the history of France, ruling the country for so long that not only would his sons be too old to succeed him, but the sons of his sons as well. When the crown was handed down to Louis XV, it was placed on the head of the Sun King’s great grandson.

Decades before that moment, however, when Louis himself turned five years old, he stood with his mother on the land of the ancient priory that had once served as her haven when she was struggling to become pregnant. This time the mood was more festive, however, because she was breaking ground for the construction of the great church that she intended to build to thank the Virgin for the gift of her miracle child. Parked around the terrain and filing out in lines were carriages, now called “Fiacres”, after the monk whose image hung from every cart in homage to the service he’d provided the land.

The French word for “carriage” has not changed. 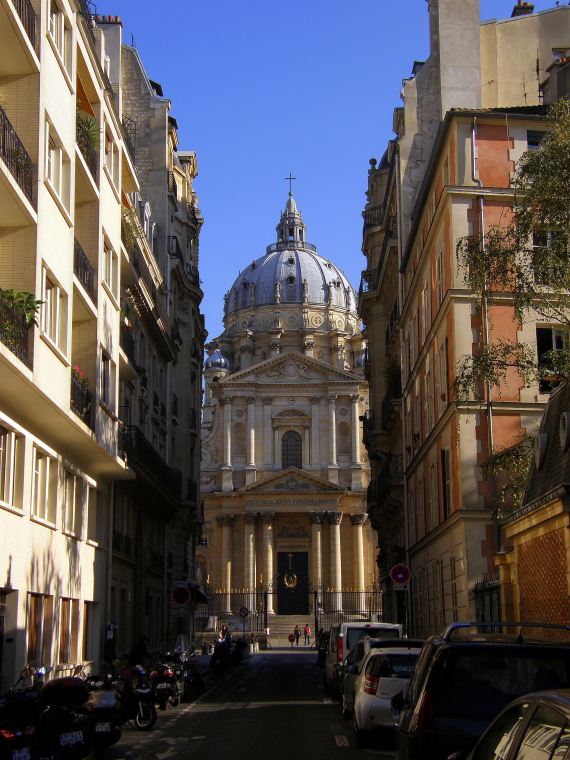 The Church of the Val-de-Grâce
1, place Alphonse Laveran
75005 Paris
France

All photographs and text ©2013 Paris Paul Prescott. Please do not reuse or copy without express written permission from the author.

What do you think? Cancel reply